Ballot or the Bullet 2022 Workshop (Our Future, Our Vote) 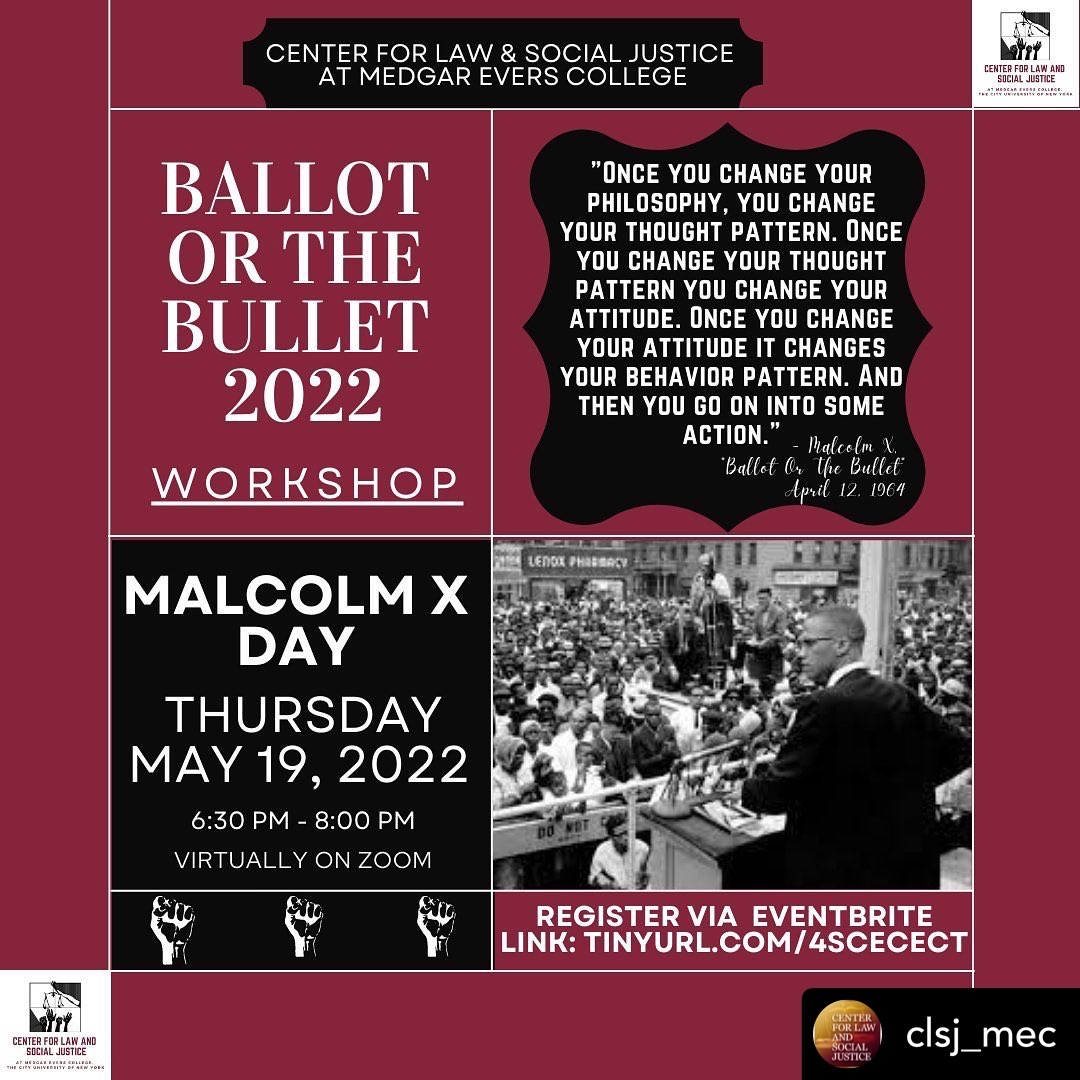 Celebrate Malcolm X Day with the Center for Law and Social Justice as we discuss “The Ballot or The Bullet” and how we put it to use today!

In 1964, Malcolm X gave one of his most impactful speeches known as “Ballot or the Bullet”. He called on the Black community to understand and utilize their political power through the tool of voting while recognizing that it was still one tool among many others. Malcolm X recognized that the government could never and would never fully grant our liberation and that we must recognize the need to combat white supremacy on all fronts as we demand our human rights. In 2022, we are waging much of the same battles to dismantle the system of white supremacy that continues to deny our basic human rights & dignity. This workshop will be the first event held as part of CLSJ’s “Our Future, Our Vote” Voting Rights & Education Campaign and will firmly root the work that we do in the same principles that Malcolm X expressed nearly 60 years ago!