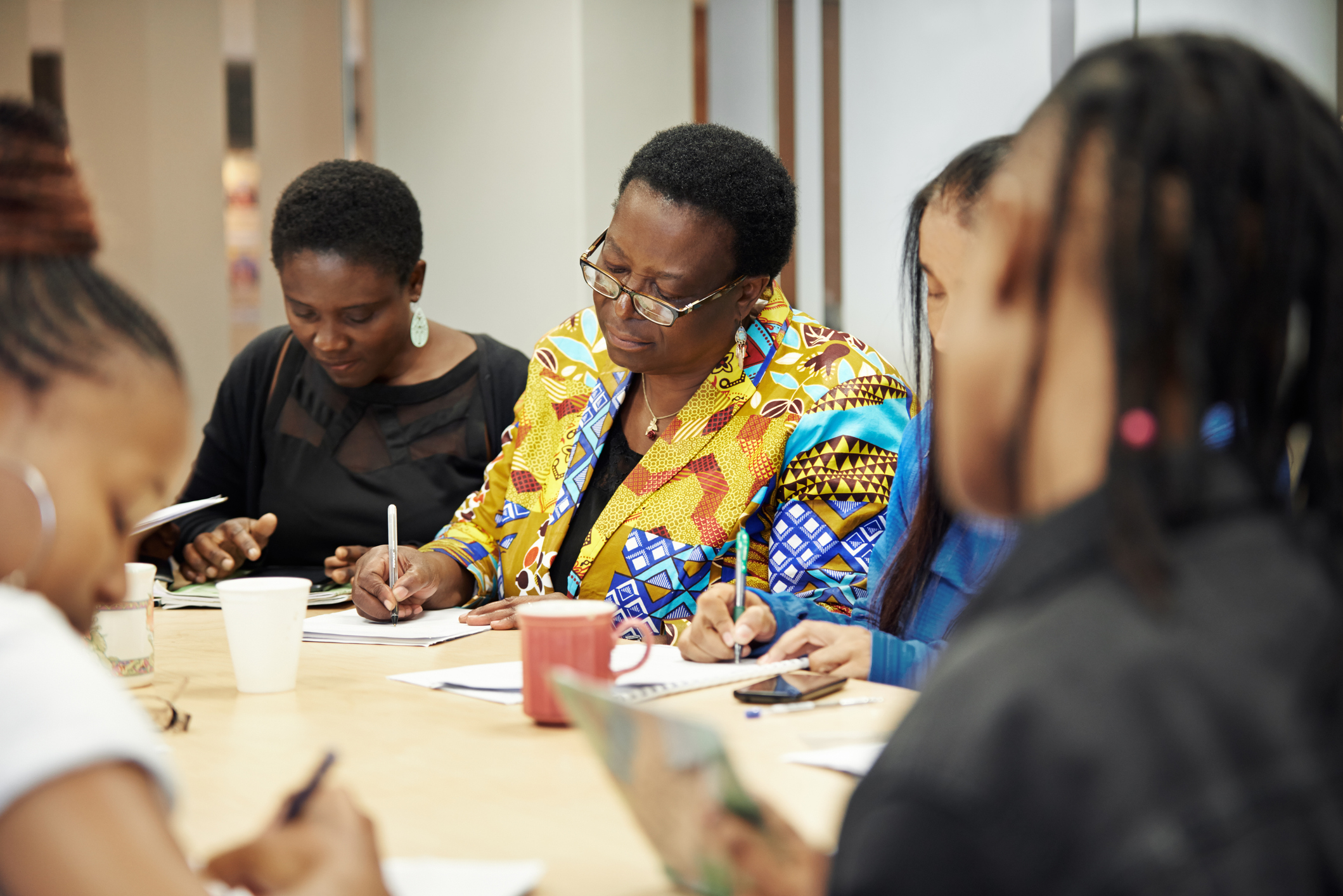 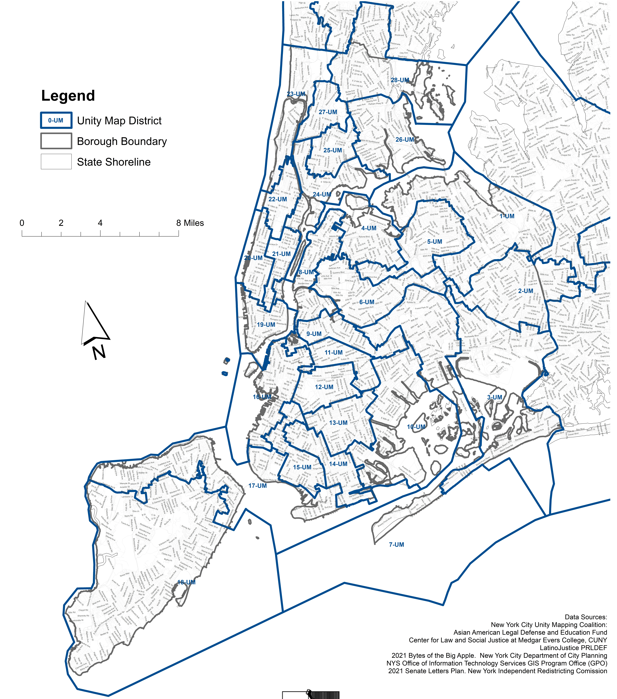 The Center for Law and Social Justice (CLSJ) is a founding member of the New York Voting Rights Consortium, a coalition of leading local and national voting rights organizations advocating for the protection of voters of color in the New York metropolitan area. Together with coalition partners LatinoJustice PRLDEF and the Asian American Legal Defense and Education Fund (AALDEF), CLSJ unveiled its proposed redistricting plan for New York City. 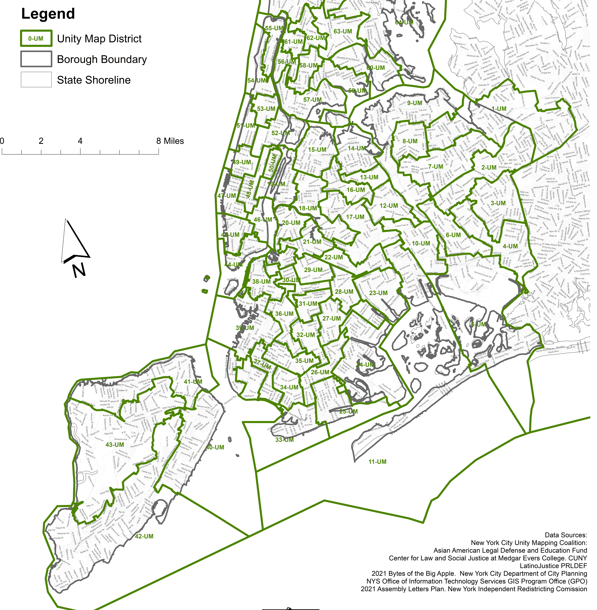 The Coalition’s map provides an accurate reflection of the areas where NYC’s communities of color reside and removes any partisan political calculation from the redistricting process. Through thoughtful discussion and analysis, Unity Map Coalition partners worked collaboratively to create a map that reflects the strength of its growing populations while navigating areas of difference, ensuring that all communities are equitably represented.

The Coalition’s mapping process is guided by a commitment to create districts that accurately reflect demographic changes in the population while preserving communities of color in districts that enhance their ability to maintain political power and advance the issues and candidates that reflect their interests and impact their residents. Its mapping principles keep communities of interest together and ensure compliance with the Voting Rights Act while making certain that the voting power of marginalized communities is not diluted.

“New Yorkers need and deserve a fair and equitable redistricting process that provides Black, Asian, Latino, and other vulnerable communities with their rightful political power for the next decade. The Unity Map is a powerful non-partisan guide that offers protected voters the chance to elect candidates that represent their interests and amplify their collective voices. We urge the Independent Redistricting Commission to adopt the Unity Map and encourage communities to actively participate in the process so that the value of their votes is fully realized.”